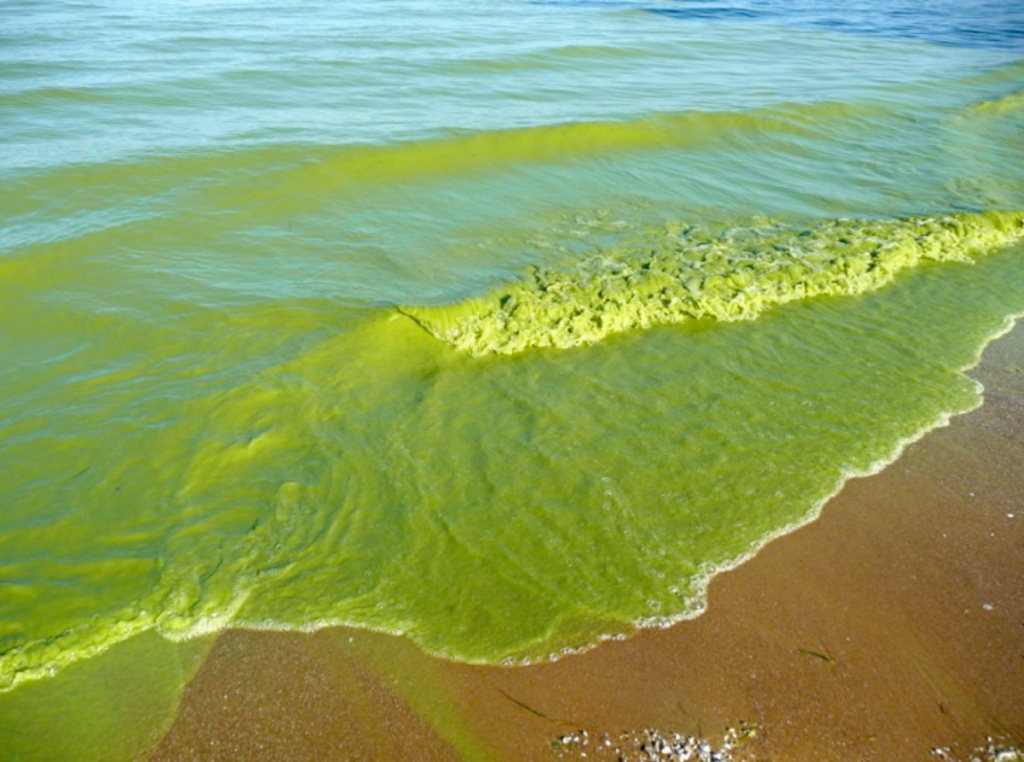 The Great Lakes face various threats, from algal blooms to invasive species, but another challenge also worries many residents and researchers — toxic chemicals. Chemicals come from many sources including agricultural pesticides, plastics, nuclear facilities, pavement sealers, sewage treatment plants and pharmaceuticals that are being flushed down the drain.

Toxic chemicals are a serious concern that is made visible to the public in a number of ways such as through fish consumption advisories, sediment contamination that can impair recreational use, adverse effects on reproductive ability of fish and wildlife, and concerns for the safety of drinking water.

So what is Freshwater Future Canada doing to address toxic chemicals in the Great Lakes? Our work and programs address one or more of the following principles of chemicals management:

As an example of the first bullet, we’ve worked on eliminating the use of tar-based pavement sealants with PAHs (polycyclic aromatic hydrocarbons) by banning their use through ordinances and bylaws at the city level. Pavement sealants are the jet-black coatings applied to driveways and parking lots. Toxic PAH pollution is known to cause cancer and developmental problems in children. These chemicals also kill small organisms living on the bottoms of rivers and streams and can cause tumors in fish and other large aquatic animals. Eliminating their use in cities helps us build momentum towards state-wide or province-wide bans. We are also currently supporting Clean Wisconsin in their efforts to target municipalities in Wisconsin. Since the summer, they have already convinced four communities to pass ordinances and are in discussions with another two.

Freshwater Future also supports the Toxics Free Great Lakes Network, which brings environmental organizations together to advocate for improved chemicals management. They are working to ensure the action plans that Canada and the U.S. are creating will effectively reduce the use of chemicals in the Great Lakes that are of special concern to both countries. So far, their efforts have strengthened the plans that have been created to reduce the use and impact of two harmful sets of chemicals –  Polychlorinated Biphenyls (PCBs) and Hexabromocyclododecane (HBCD). They will continue to be engaged as action plans are created for Long-Chain Perfluorinated carboxylic acids (LC-PFCAs), Mercury, Perfluorooctanoic acid (PFOA), Perfluorooctane sulfonate (PFOS), Polybrominated Diphenyl Ethers (PBDEs) and Short-Chain Chlorinated Paraffins (SCCPs).

Freshwater Future also engages in the decision making process about individual projects that could further contaminate the Great Lakes. We work to ensure the impacts of the projects are being adequately assessed and whether we have the right laws in place to protect our resources or if this is even the right practice for our region. This is particularly the case for natural gas fracking projects and new mining projects such as the proposal for a new gold-sulfide mine in Michigan’s Upper Peninsula 150 ft from the Menominee River—the U.P.’s largest river and a tributary of Lake Michigan.

If you would like to learn more or find out how you can get involved, please contact Nancy Goucher.