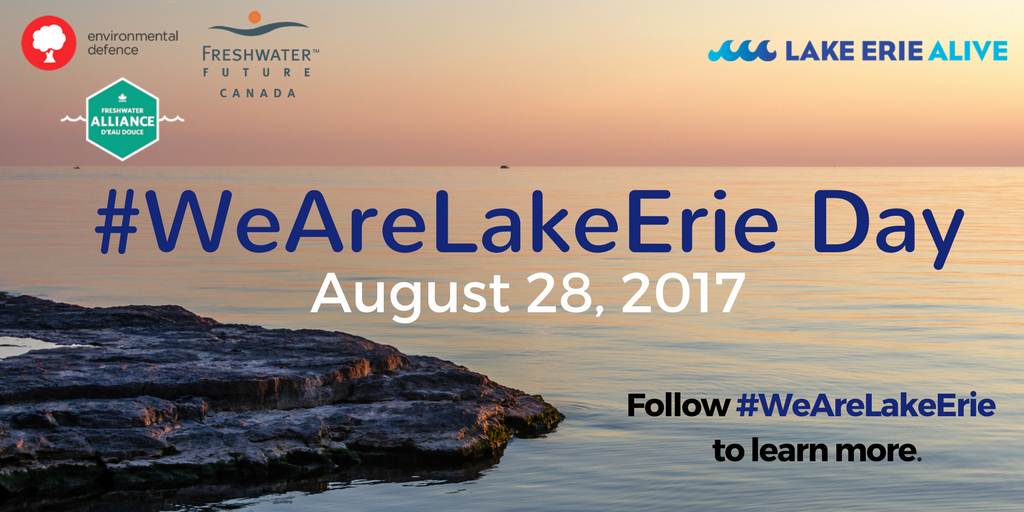 A Tidal Wave of Support for Lake Erie 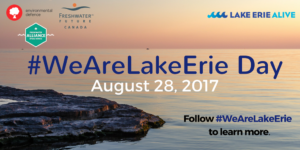 Monday, August 28 is the first ever #WeAreLakeErie Day on Facebook, Twitter, and Instagram.  For the event, Freshwater Future Canada, along with our friends Environmental Defence and the Canadian Freshwater Alliance, will create an online wave of support for Lake Erie. People can join in by sharing their personal stories about the lake—like this one—on social media.

Anyone who participates will automatically be entered into a drawing to win one of these custom “I Love My Lake” tees. Throughout the day, we’ll also share other ways you can get involved to help protect the lake.

Why the focus on Lake Erie?

Lake Erie is under threat from large and sometimes toxic algae blooms that kill fish, and make the water unsafe for drinking and swimming. One of the main causes of the blooms is runoff pollution from agricultural lands.

Last month, the U.S. National Oceanic and Atmospheric Administration (NOAA) forecasted that the lake will experience a significant bloom this summer. This year’s bloom probably won’t be as bad as the one in 2014, which left nearly 500,000 residents in Toledo, Ohio and Pelee Island, Ont. without access to safe tap water for days. But, it will probably be much worse than last year’s.

We can’t stand by and let Lake Erie get slimed-over, year after year. Action is needed now more than ever to protect wildlife and human health, and to keep our waters clean, not green. On August 28, let’s show decision-makers that Lake Erie matters by telling the world that #WeAreLakeErie.

We hope to see you online on August 28!